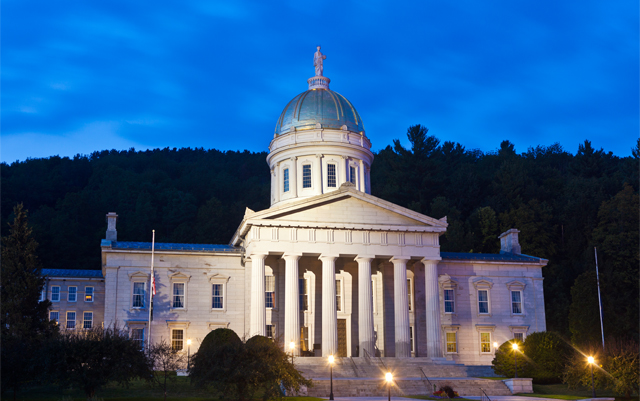 Earlier this week, a bill aiming to legalize the commercial cultivation and sale of cannabis in Vermont was passed by the last of several House committees. Yesterday, it was finally considered by the entire House, which voted 90-54 in favor of passing S.54 and bringing the state one step closer to full legalization.

In 2017, Vermont became the first state to legalize personal cultivation and possession through the legislature. However, they took the slow and steady approach, leaving retail sales out of the picture while they took more time to develop a bill that everyone would be happy enough to approve.

“What we have now in place isn’t working, and this bill is an important step forward for our state,” said House Majority Leader Jill Krowinski (D-Burlington), who noted most of her constituents support the measure.

The main purpose of S.54, which was approved by the Senate near the end of 2019, is to create a legal and regulated market that would provide safe access to reliable, tested cannabis products while ensuring that no one under the age of 21 is allowed to access the plant. The bill creates categories of business licenses as well as a three-member Cannabis Control Board to regulate the market and award licenses.

Following the timeline set in the bill, legal sales would start as soon as February 2022 for existing medical marijuana dispensaries and July 2022 for new businesses. It would tax the plant at 14 percent, which is higher than the rate originally proposed in the Senate and was one of several amendments made to the bill as it went through House committees.

As far as utilizing the tax revenue, the bill allocates 30 percent to go to a statewide drug use prevention fund, while another percentage will be set aside to fund after-school programs. This is one of the changes that was made in order to gain the approval of Governor Phil Scott. Another provision included to appease Governor Scott is requiring a saliva test for those who are suspected of driving while under the influence.

“Vermonters are one step closer to reaping the benefits associated with cannabis regulation,” Matt Simon, New England political director of the Marijuana Policy Project (MPP), told Marijuana Moment. “The House’s passage of S. 54 is an important step forward, and an overwhelming majority of Vermonters want to see it become law.”

Overall, this bill seems fairly comprehensive for a state where you can only grow your own cannabis or buy it illegally, even though actually possessing it is perfectly legal. However, there are certainly questionable parts of the legislation – like capping THC flower at 30 percent, concentrates at 60 percent and edibles at 50 milligrams. While those numbers still allow for a wide range of products, is putting a cap on the amount of THC really necessary?

Regardless of the few potential pitfalls with this bill, a retail market is very close to becoming a reality for Vermonters, just over two years after cannabis possession was legalized. However, now that the House has made changes to the bill, both the House and the Senate must compromise and come to an agreement for the bill to be sent to Governor Scott to be signed into law.

Luckily, it seems like both parties are ready to get something passed. After the final vote from the House, we can hope that hashing out the finer details will be handled quickly.