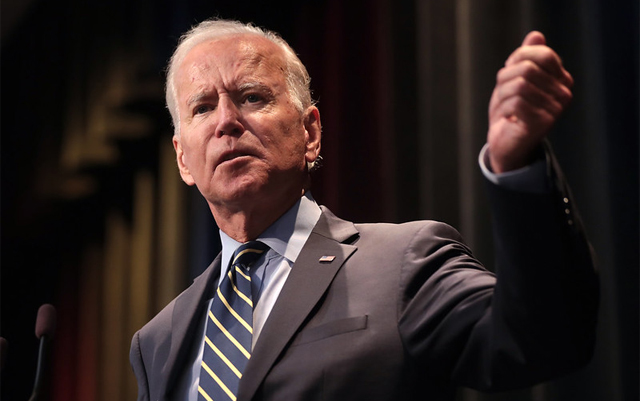 Former Vice President and 2020 Democratic hopeful Joe Biden might have significantly hurt his campaign over the last week with comments about marijuana being a gateway drug. At this point, that theory has been dispelled more than a dozen times over. In fact, nicotine and alcohol might be more likely to lead to harder drug use than cannabis.

However, that didn’t stop Biden – like many others – from using the gateway theory as a reason to hold off on cannabis legalization.

“The truth of the matter is, there’s not nearly been enough evidence that has been acquired as to whether or not it is a gateway drug,” Biden said, according to Business Insider. “It’s a debate, and I want a lot more before I legalize it nationally. I want to make sure we know a lot more about the science behind it.”

Instead, he plans to reschedule to plant to schedule II (to allow more access for research), as well as decriminalize possession of the plant. He would also like to see those with criminal records related to marijuana possession have their records cleared. This plan is rather conservative compared to other Democratic candidates, all of who appear to be on board for outright legalization.

“I don’t think it is a gateway drug,” Biden said on a conference call, according to CBS News. “There’s no evidence I’ve seen to suggest that.”

Biden continues to note that he is in full support of marijuana decriminalization, as well as access to medical marijuana. His lack of support for legalization  – no matter what the reason – could make a big impact on his campaign, when other candidates with similar goals are in favor of legalization.

With the overwhelming evidence in recent years suggesting that not only is cannabis not a gateway drug, but that perhaps it could even help people fighting drug addictions, it’s surprising that the gateway theory is even still brought up. The fact that it was brought up by a presidential candidate is disappointing – even if he attempted to retract it after a week of being called out on the falsehood of the “theory”.