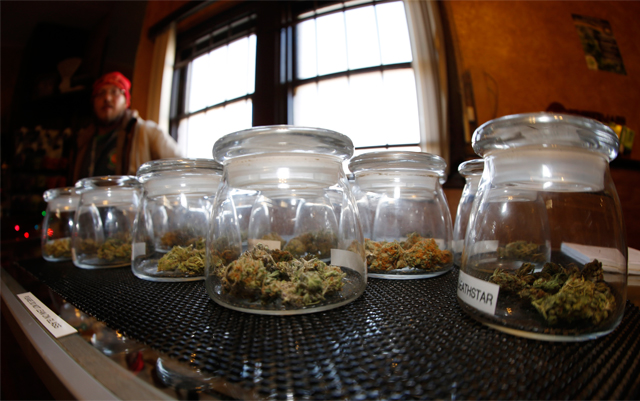 During his annual State of the State address, New York Governor Andrew Cuomo emphasized a need for legalizing adult-use cannabis this year. If that report sounds familiar, that’s because similar talking points were mentioned during the governor’s 2019 agenda. Now, in the second year of championing adult-use cannabis and criminal justice reform, Cuomo and his 2020 submitted budget hope to get legislation over the line as a number of states in the Midwest and Southwest, as well as fellow 2019 flameout New Jersey, push to do the same.

For New York, the governor sees cannabis legalization as an opportunity to address a few of the wrongs stemming from the decades-long drug war. In addition to expunging drug records, Cuomo touted marijuana as a potential financial shot in the arm for a state facing a $6 billion budget gap.

Several issues collectively sunk New York’s bid to pass legislation in 2019. Such issues ranged from concerns over social equity parameters to moral conflicts about the plant. Meanwhile, others highlighted municipal opt-out clauses and legal buying ages as points of concern. Though, most of all, the blame appeared to center on the allocation of the forecasted $300 million generated in tax revenue.

In the end, lawmakers couldn’t get a law over the line by the end of the legislative year.

This time around, the governor and his administration revised the proposed bill to further address previous sticking points, such as taxes, law enforcement and road safety. Key points highlighted during the proposal’s rollout included:

Additional details laid out by the Cuomo administration include the creation of the Office of Cannabis Management, which would oversee the adult-use, medical and hemp programs in New York. Social equity measures include “licensing opportunities, develop an egalitarian adult-use market structure and facilitate market entry through access to capital, technical assistance and incubation of equity entrepreneurs.” Efforts to address past harms for communities and individuals affected by the drug war were laid out without much detail at this time.

Additionally, on the heels of a regional governor’s summit on cannabis a few months back, Cuomo stated that New York’s plan will coordinate with those in nearby New Jersey, Connecticut and Pennsylvania.

The governor also used the January address to call on New York’s state colleges to conduct research on the plant and its effects. Saying that the U.S. government failed the public with opioids, Cuomo urged New York not do the same here. “We cannot allow that to happen with cannabinoids,” Cuomo proclaimed. In part of that effort, Cuomo aims to create the first-of-its-kind Global Cannabis and Hemp Center for Science, Research and Education with New York’s state colleges and “other expert partners” involved.

Some commentators voiced concerns over a lack of specificity concerning revenue allocation to the most affected communities. While Cuomo laid out specifics, like taxing cultivation and retail sales, how that money reaches communities remains uncertain. The same issue highlights one of the more glaring carryovers from Cuomo’s first attempt at legalization.

Respondents appeared to have mixed feelings over the proposal.

While believing the latest iteration makes positive strides, Madisen Saglibene, a cannabis lobbyist and the executive director of Nevada NORML, feels Cuomo didn’t address the disproportionate arrest rates that continue to plague people of color. The Rochester native and local NORML chapter member stated that further clarity is required in the proposal.

Calling the proposal “a mixed bag”, Saglibene touched on some of the other aspects of the Cuomo proposal she considered to be welcomed, including social and public use. The advocate told The Marijuana Times, “In a state like New York where there is heavy emphasis on tourism, especially in areas like the Finger Lakes Wine region, this is an exciting step in the right direction.” When concerning employee protections, Saglibene called the inclusion “an incredible example” that New York can set for other states to follow.

Saglibene also feels that Cuomo’s second proposal does address pushback from last year’s critics, including law enforcement and child advocates. “Cuomo’s proposal this time around makes explicit efforts to deter cannabis use by children and expecting mothers, as well as provide funding for drugged driving education.”

Baskin also cited struggles in heavily taxed markets, like California, as a point of concern in New York. “Overly abusive and aggressive taxation and regulatory cost has caused the black market to re-emerge in states that have legalized marijuana, forcing dispensaries to keep two sets of books to eek out a profit,” said the publication founder.

Respondents, despite their concerns, believe the bill will pass this time around. In addition to confidence over the bill, the governor has become an approved figure in advocacy circles. In late January of this year, Cuomo’s efforts earned him an “A” rating from NORML. The organization cited Cuomo’s pivot towards decriminalization in 2019 after the bill’s failure to pass as a key reason.

While legalization may come to New York, Cuomo’s plan is not assured to be the measure. In December of 2019, State Senator Liz Krueger of Manhattan introduced legislation of her own, the Marihuana Regulation and Taxation Act. The Krueger plan would call for a legal minimum age of 18 while you must be 21 to make a purchase. A $50 per ounce excise tax would also be applied under this measure, and while cities could opt out, New York City would require a community board approval to greenlight a ban.

The senator’s proposal also calls for removing criminal penalties for offenses under two ounces in total, while allowing public consumption and home cultivation – which is a sticking point for many advocates in New York.

Under Krueger’s plan, portions of tax revenue would be allocated to programs focused on prisoner re-entry, substance abuse programs and job training for communities suffering from low income and high unemployment. The proposal is currently in committee.